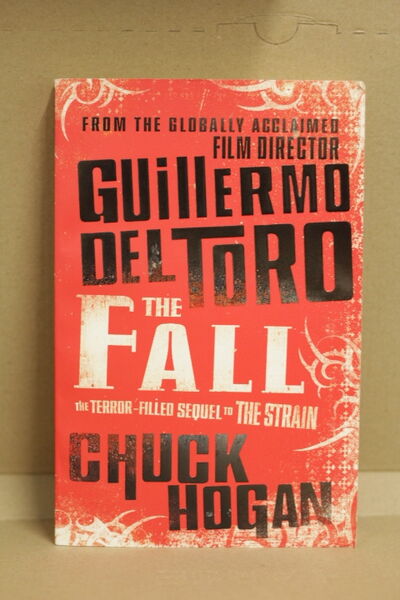 The Strain Trilogy #2: The Fall

After the Strain has taken hold, comes the Fall…

It took the world just sixty days to end…

By the time the crisis went to Congress, and was analysed, legislated, and ultimately vetoed, we had already lost. The night belonged to them. Leaving us longing for daylight when it was ours no more…

Ephraim Goodweather, director of the New York office of the Centers of Disease Control, is one of the few humans who understands what is really happening. Vampires have arrived in New York City, and their condition is contagious. If they cannot be contained, the entire world is at risk of infection.

As Eph becomes consumed with the battle against the total corruption of humanity, his ex-wife, Kelly, a victim of the vampiric strain, is ever-more determined to claim their son, Zack.

And as the origins of the Master who unleashed the epidemic a gradually revealed, Eph learns that there is a greater, more terrible plan in store for the human race - worse even than annihilation

The Strain Trilogy #3: The Night Eternal

It's been two years since the vampiric virus was unleashed in The Strain and the entire world now lies on the brink of annihilation. There has been a mass extermination of humans orchestrated by the Master—an ancient vampire possessed of unparalleled powers. The future of humankind lies in the hands of a ragtag band of freedom fighters—Dr. Eph Goodweather, Dr. Nora Martinez, Vasiliy Fet, and Mr. Quinlan, the half-breed offspring of the Master who is bent on revenge. It's their job to overturn this devastating new world order. But good and evil are malleable terms now, and the Master is most skilled at preying on the weaknesses of humans.

Now, at this critical hour, there is evidence of a traitor in their midst. . . And only one man holds the answer to the Master's demise, but is he one who can be trusted with the fate of the world? And who among them will pay the ultimate sacrifice—so that others may be saved?