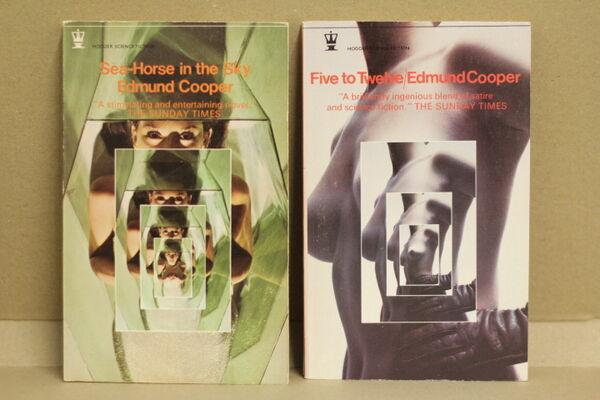 The summer of 1971 was unusually sunny for London. It was also scientifically fascinating: Sunspots emitting a new type of solar radiation suddenly appeared.

Then, unaccountably, there began a sharp rise in the suicide rate, and over the next ten years, the radiation-triggered impulse to self-destruction gradually eliminated all but the Transnormals---creative artists, eccentrics, psychopaths---those who had always lived on the fringe of organized society.

These survivors now found themselves in a depopulated world where civilization had dissolved and man had reverted to savagery.

He was an anachronism... He was a twentieth centyry man who, by a freak of chance, survived to see an age in which working had become a social disgrace; an age in which culture and the arts reigned supreme; an age of mannered ladies and gentlemen, perfectly waited on and cared for by androids - the man-like creations of their own genius. The higher grade androids were doctors, engineers, politicians and personal "companions" to each and every human being. And in whatever they did, they were perfect. No one had to worry about them. For the first time in history, man had completely freed himself from the problems of living: EXCEPT... When perfect manchines, with perfect performance, are made to perfectly resemble man - who needs man?

The twenty-first century is drawing to an end. Earth's social structure has undergone a complete reversal - women dominate society and men have been reduced to the status of manipulated objects.

Into this world comes Dion Quern, a self-styled troubadour who refuses to conform to the social norm. But he discovers that women are superior to men in both bodily strength and number. And how can one man hope to change a whole society?

Sea-Horse in the Sky

This little-known story begins when over a dozen people awake in coffins. They find themselves in an area made to look like a town--it contains a stocked store, a hotel, a inoperable car & plastic coffins, each containing a passenger from an international flight, each apparently snatched out of midair, since there's no flight wreckage & all seem alive & unharmed. The people slowly gather in the hotel & find themselves able to understand one another, even tho they don't all speak the same language. None of them has an idea what they're doing in this new place & there isn't anything for miles around their little settlement except a seemingly endless expanse of grass.

After weeks of waiting for rescue that never arrives, a few of them explore & discover this mysterious land is also populated by a group of what appear to be medieval people & a group of what seems to be cavemen. That accounts for the human population on the island. The only other creatures around are sinister metal spiders.

This story is as much mystery as it is sf, because these people must figure out how they got to this place, & why they were chosen. But they also have to survive.