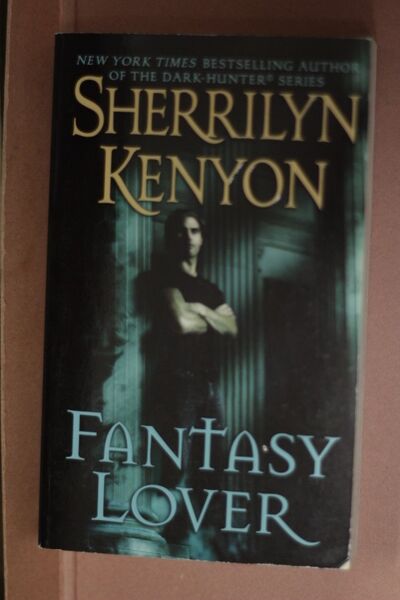 "Being trapped in a bedroom with a woman is a grand thing. Being trapped in hundreds of bedrooms over two thousand years isn't. And being cursed into a book as a love-slave for eternity can ruin even a Spartan warrior's day."

"As a love-slave, I know everything about women. How to touch them, how to savor them, and most of all, how to pleasure them. But when I was summoned to fulfill Grace Alexander's sexual fantasies, I found the first woman in history who saw me as a man with a tormented past. She alone bothered to take me out of the bedroom and onto the world. She taught me to love again."

"But I was not born to love. I was cursed to walk eternity alone. As a general, I had long ago accepted my sentence. Yet now I have found Grace--the one thing my wounded heart cannot survive without. Sure, love can heal all wounds, but can it break a two-thousand-year-old curse?"

In the ethereal world of dreams, there are champions who fight to protect the dreamer and there are demons who prey on them...

Arik is such a predator. Condemned by the gods to live eternity without emotions, Arik can only feel when he's in the dreams of others. For thousands of years, he's drifted through the human unconscious, searching for sensation. Now he's finally found a dreamer whose vivid mind can fill his emptiness.

Dr. Megeara Kafieri watched her father ruin himself and his reputation as he searched to prove Atlantis was real. Her deathbed promise to him to salvage his reputation has now brought her to Greece where she intends to prove once and for all that the fabled island is right where her father said it was. But frustration and bad luck dog her every step. Especially the day they find a stranger floating in the sea. His is a face she's seen many times.... in her dreams.

What she doesn't know is that Arik holds more than the ancient secrets that can help her find the mythical isle of Atlantis. He has made a pact with the god Hades: In exchange for two weeks as a mortal man, he must return to Olympus with a human soul. Megeara's soul.

With a secret society out to ruin her expedition, and mysterious accidents that keep threatening her life, Megeara refuses to quit. She knows she's getting closer to Atlantis and as she does, she stumbles onto the truth of what Arik really is.

For Arik his quest is no longer simple. No human can know of a Dream-Hunter's existence. His dream of being mortal has quickly turned into his own nightmare and the only way to save himself will be to sacrifice the very thing he wanted to be human for. The only question is, will he?

In a universe where assassins make the law, everyone lives in fear―except for Syn. Born of an illicit scandal that once rocked a dynasty, he always knew how to survive on the bloodthirsty streets. But that was then, and the future is now…

Syn was raised as a tech-thief until his livelihood uncovered a truth that could end his life. He tried to destroy the evidence, and has been on the run ever since. Now trained as an assassin, he allows no one to threaten him. Ever. He is the darkness that swallows his enemies whole.

Shahara Dagan is the best bounty hunter in the universe. When Syn comes back on the radar, she's the only one who can bring him to justice. There's only one problem: Syn is a close family friend who's helped out the Dagans countless times. But if she saves him, both of their lives will be on the line. Is Syn's protection worth the risk? The only hope Shahara has is to find the evidence he buried long ago. Now it's kill or be killed―and they, the predators, have just become the hunted…  Born of Fire is the second book in bestselling author Sherrilyn Kenyon's League series.