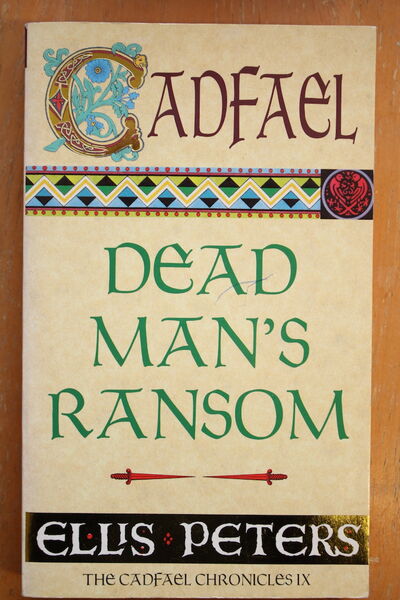 The year is 1141 and civil war continues to rage. When the sheriff of Shropshire is taken prisoner, arrangements are made to exchange him for Elis, a young Welshman. But when the sheriff is brought to the abbey, he is murdered. Suspicion falls on Elis, who has fallen in love with the sheriff's daughter. With nothing but his Welsh honor to protect him, Elis appeals to Brother Cadfael for help. And Brother Cadfael gives it, not knowing that the truth will be a trial for his own soul.

In the February of the year of our Lord 1141, men march home from war to Shrewsbury, but the captured Sheriff Gilbert Prestcote is not among them. Elis, a young Welsh prisoner, is, and he is delivered to the Abbey of Saint Peter and Saint Paul to begin a tale that will test Brother Cadfael’s sense of justice…and his heart. By good fortune, it seems, the prisoner can be exchanged as Sheriff Prestcote’s ransom. What none expects is that good-natured Elis will be struck down by Cupid’s arrow. The sherrif’s own daughter holds him in thrall, and she too, is blind with passion. Now regaining her father means losing her lover. But then the sheriff ailing and frail, is brought to the abbey’s infirmary and murdered there. Suspicion falls on the prisoner, who only has his Welsh honour to gain Brother Cadfael’s help. And Cadfael gives it, not knowing the truth will be a trial for his own soul.

A marriage has been arranged between an ageing nobleman and a very young woman, ill-matched as January and May must be, coerced by greedy guardians. Both parties arrive in Shrewsbury, where the ceremony is to take place, with escorts suitable to their rank. Then there is a savage killing; something Brother Cadfael is called upon to investigate with his customary clear-sightedness and wisdom.

Outside Shrewsbury’s walls stands the leper house of Saint Giles, a sanctuary for the sick, but also a possible refuge for the hunted man…

The Pilgrim of Hate: As the pilgrims gather at Shrewsbury, in distant Winchester a knight has been murdered. Among the throng of pilgrims, some strange customers indeed begin to puzzle Brother Cadfael, and as events unfold it becomes clear that the murder is a much less remote affair that it first seemed.

An Excellent Mystery: In 1141 England is still torn by civic strife. Among the victims of the carnage is the Abbey of Hyde Meade, totally destroyed. But as its brothers attempt to rebuild their lives, old wounds are re-opened, painfully relived and harsh deeds committed. Only Brother Cadfael can ultimately distinguish between victim, innocent and guilty party.

The Raven in the Foregate: Abbot Radulfus returns from London, bringing with him a priest for the vacant living of the Holy Cross (known as the Foregate)- a man of scholarship and discipline, but not humility. When he is found drowned in the millpond, suspicion is cast in many directions... and only the perseverance of Brother Cadfael can unravel the threads that lead to the murderer.